Madras Engineer Group (MEG), informally known as the Madras Sappers, is an engineer group of the Corps of Engineers of the Indian Army. 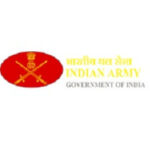 The Madras Sappers draw their origin from the erstwhile Madras Presidency army of the British Raj. This regiment has its HQ in Bengaluru. The Madras Sappers are the oldest of the three groups of the Corps of Engineers.

Upper age is relexable by :

All the interested and eligible candidates can download the application form from official website and send the filled application form along with requirements through postal on or before 18 February 2022.